Why are Other Topological Defects Excluded Except for Strings?

Current cosmological observations strongly favor that today's energy density of the Universe is almost equal to the critical density that makes space-time flat. This result rules out domain walls and monopoles since their energy densities do not get diluted fast enough to avoid the overclosure of the Universe. On the other hand, cosmic string energy density evolves as ~

(which is the same as radiation type energy) and will not overturn today's Universe. Simulation shows that long strings with a cosmological scale survive up to the present time. Thus, cosmic strings could serve as an observational window for GUT symmetry breaking, superstring theory, or both. 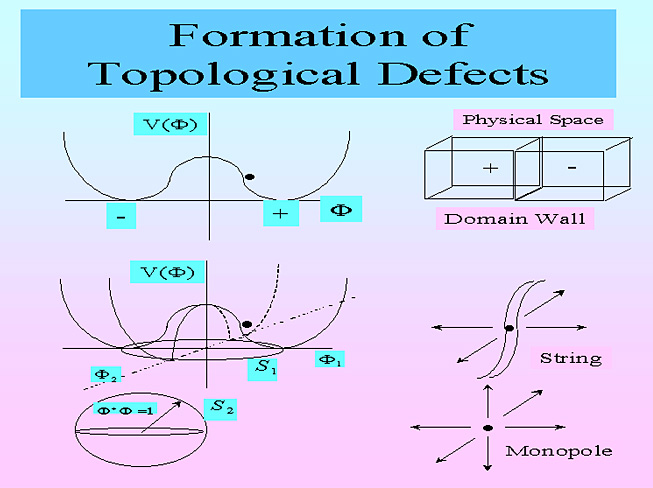